Are the Arkansas Executions Ethical? 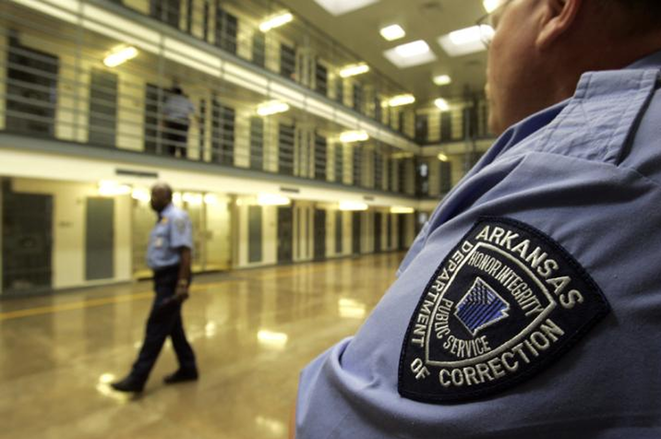 GRADY, AR—On Thursday night, convicted murderer Ledell Lee was executed by lethal injection for the murder of Debra Reese in 1993. This is Arkansas’s first execution since 2005, 12 years ago. Many concerns are being brought up regarding the rationale for the execution, and whether or not there are more to come.

Ledell Lee, 51, was arrested in 1993 for the murder of 26-year-old Debra Reese. Lee had broken into her home and beaten her 36 times with a wooden bat - given to Debra by her husband for protection. The police arrested Lee only hours after the murder, as Reese’s neighbors had seen him enter the home. Lee was also found with some of the $300 that he stole from Reese. He was convicted of the murder in 1995, although until his death, maintained his claim of innocence.
​
Lee was executed using three injections: Midazolam, which is used in knocking the user unconscious, Vecuronium Bromide, which is used to stop breathing, and Potassium Chloride, used to stop the heart. The Supreme Court cleared Lee’s execution less that one hour before the midnight death warrant.

Before his death, Lee chose his last meal as the Holy Communion, and upon being asked multiple times, had no final words. The injections were administered at 11:44 PM, Central time. Lee did not appear to be uncomfortable during this time, and he was checked on routinely before his death. Lee died at 11:56 PM, merely four minutes before the death warrant.

The Arkansas Prison System has been under scrutiny as a result of the execution. They have put seven other criminals to death, much to the objection of others. The reason for the series of executions is the expiration of one of the injections - Midazolam. The drug expires at the end of the month, and it seems as if the state is trying to use it up before it goes bad. Four of the criminals have been stayed, but the initial proposition was to have eight executions over the span of 11 days.

According to The New York Times, Nina Morrison - a lawyer for Lee - reached out, saying that “Arkansas’s decision to rush through the execution of Mr. Lee just because its supply of lethal drugs are expiring at the end of the month denied him the opportunity to conduct DNA testing that could have proven his innocence.”

Amnesty International also released a statement on the matter: “Today is a shameful day for Arkansas, which is callously rushing the judicial process by treating human beings as though they have a sell-by date.”

Although some see the execution as rushed and unfair, others tend to see a silver lining. “I pray this lawful execution helps bring closure for the Reese family,” says Arkansas Attorney General Leslie Rutledge to NPR News.

As well as this, an order was recently issued by Pulaski County Circuit Judge Alice Gray to stop using Vecuronium Bromide in lethal injections. The drug was acquired under false pretenses, and McKesson Corp. - the maker of the drug - has stated that it was not intended to be used in such a way.
​
This execution elicits many questions and concerns, and everyone is left to ponder: Is Arkansas doing the right thing?