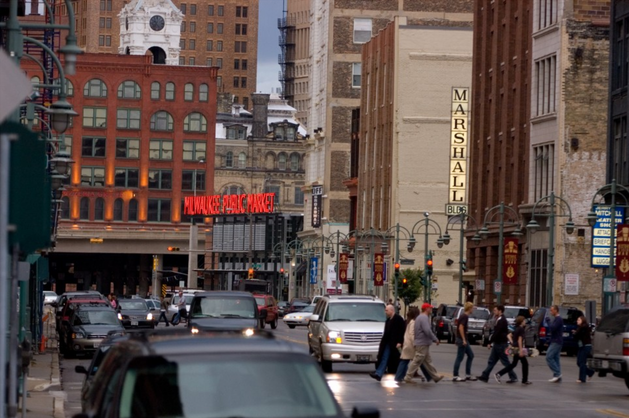 Milwaukee—A Wisconsin teen was shot last Saturday in downtown Milwaukee, after telling his mugger, “What’re you gonna do, shoot me?” The suspect, claiming to have been ‘provoked’, shot the teen and left him to bleed to death in an alley.

Last weekend, 16-year-old Jake Boyer’s body was found in an alley in downtown Milwaukee. Witnesses heard a scuffle in the alley, before Jake was heard saying, “What’re you gonna do, shoot me?” As a result of the response, a gunshot was heard. According to a key witness, the incident was initially a mugging, but escalated when Boyer refused to forfeit his possessions.

Sam Tyler, who witnessed the whole affair, gave us a statement: “Dude, I was just walking down the street, ya know? And then, alluva sudden, I hear some girl goin’ ‘gimme yo money’ and some other dude goes like ‘what’re you gonna do, shoot me?’ I chuckled a bit, ‘cos dude, way to be chill and sarcastic during a mugging. But then I hear this shot, and I’m running like the Flash in the other direction.”

Jake Boyer’s parents, who are wrought with despair, have stated that Jake used sarcasm often, and that he used it as if it was a second language. “I- I- can’t believe that something like this would happen to my little sweetheart!” sobbed a distraught Marie Boyer, mother of the victim, “The monster who killed him will pay. He has never done anything to deserve such a terrible fate. Oh, my poor baby!” Kurt Boyer, father of the victim, also gave a statement: “I always told [Jake] that his sarcasm would be the death of him. I never thought it would come to this, though.”

The perpetrator, Skye Johnson, has “literal disorder” - a debilitating mental disorder in which the host is unable to distinguish figurative from literal. During conversation with the felon, an officer stated, “Jeez, it’s like a million degrees in here,” to which Johnson replied, “Not really, it’s more like 70 degrees or so.” Following that conversation, she underwent a mental evaluation, with conclusions that although not ‘insane’, the suspect suffers from literal disorder.

Johnson claims that it wasn’t her fault, and that “The kid was literally asking for it when he said, ‘What’re you gonna do, shoot me?’ How was I know it was a joke or whatever? I just needed some quick cash, man!” Upon asking, Ms. Johnson declined to comment on the morality (or lack thereof) of theft.
​
The victim, Jake Boyer, was not available for comment.