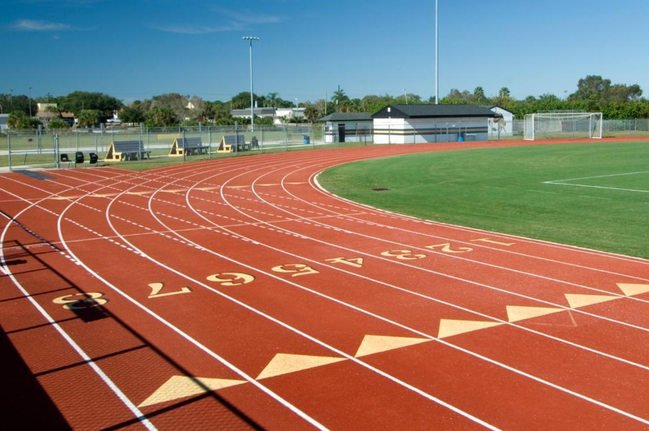 Madison, WI - In a peculiar move, cross country Coach Bill Smith of Madison Area High School “banned running” because of health hazards associated with the sport. According to various sources, the coach held a three hour long meeting with key members of his coaching staff and came to a conclusion - to ban running. The team is now limited to walking in future cross country events.

This has been an interesting turn of events for the renowned cross country team. Before banning running, their team hadn't been out of the top three in a meet since 1905, when the entire team was injured. The Madison Area Quacks had also won state for 10 years in a row, so this move has been celebrated by other teams who want their own shot at the title. Coach Hon, from South Milwaukee High School said, “I never really liked Coach Bill, he would push his players too hard in practice and expect them to run flawlessly in meets. I never figured out how he won so many meets with their practice schedule, it put too much stress on the runners. I'm happy he's not letting them run any more.”

The cross country team has a different outlook. Some of the players are calling it “ridiculous”, and “outrageous” - along with other things we can’t say in this article. The players seem to be fine with the rigorous training involved in the sport.

“Sure the training gets hard sometimes, but it pays off. I lost twenty pounds throughout the season and I am now the second ranked runner in the nation. Running gave me a sense of freedom, and I only got hurt once all season. It's not like people are dropping left and right,” said Zeth Bone.

Another runner, Henry Milton exclaimed, “Our coach has no brain, literally! We came here to run, not walk. I'm quitting if this doesn't change.”

Even though most players are pessimistic about this rule, some are optimistic towards the future. Ruby Lowe claims that the team “needs to get back to traditional values, like walkin’” and further elaborates on the huge decrease in injuries the team has had since the rule has been put into place.

Parents are basically split on the situation.

“My kid has gotten injured TEN TIMES THIS SEASON,” said parent Kevin Milton. “It's unacceptable for this to be happening to my son!”

Others disagree. Jessica Lowe is frustrated with this new rule complaining that her daughter is “going to miss out on her scholarship” and also went on to state: “I didn't pay this coach to teach my kid to walk. It like telling a bird not to fly. Because my kid can fly.”

The WIAA is reviewing the situation and will be releasing their official ruling on April, 20. Until then, the Quacks will walk.