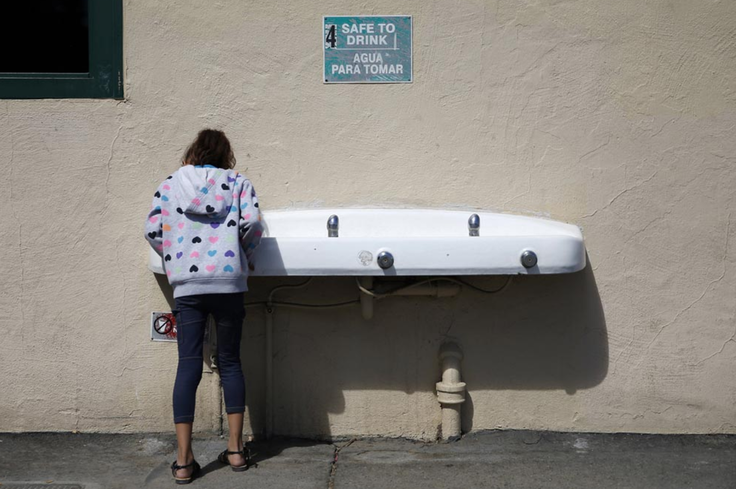 MADISON - Parents are growing concerned about the unsafe levels of lead found in several school’s drinking water in Madison earlier this year. Testing for lead is not a requirement for Wisconsin schools, and therefore this issue has gone unnoticed.

Many places of education in the Madison and Milwaukee areas decided to test their drinking fountains, and found amounts of lead higher than what Wisconsin deems safe. Because of this, WISPIRG, (Wisconsin Student Public Interest Research Group) gave Wisconsin and a few other states a score of F for lead prevention in school drinking water.

Parents soon began to fear for their children’s well being due to the results of the tests. However, many professionals have explained to parents that like air to fish, small traces of lead will not permanently harm a child.

An article published by The Cap Times quoted Dr. Elizabeth Neary, a Pediatrician and member of the Wisconsin Environmental Health Network. She claims that trace amounts won't cause any damage. “Parents need to understand that the presence of lead in the early morning water sample does not mean that their child will have an elevated blood lead level.”

Trace amounts of lead are likely to be in the majority of drinking water across the nation. If testing is done to find toxic levels of lead in drinking water, something can be done about it. On the flip side, when testing is deemed unimportant and not done, nobody knows if students are getting poisoned.

Jennifer Sereno, a Wisconsin Department of Natural Resources (DNR) representative, was quoted in an article published by WisContext where she claims that the state is not doing enough to prevent lead exposure. “The state should lower lead regulations to 1 part per billion, require testing at all schools and make the information public.”
​
Older water fountains that are not used for long periods of time tend to attract lead like moths attract a flame. When schools decide to test for lead, old porcelain fountains have a higher risk of having unsafe amounts of lead in the water.

In an article published by the Wisconsin State Journal, John Burkholder, principal of Lowell Elementary in Madison, claims the high traces of the neurotoxin are because of the lack of activity near the bubblers. “Note that these fountains have been out of use since June 9 and not accessible to students due to construction. The fact that these two fountains sat idle for over eight months may have impacted the test results.”

If testing on the fountains near the construction was not completed before students could access the water, many children could have become very ill.