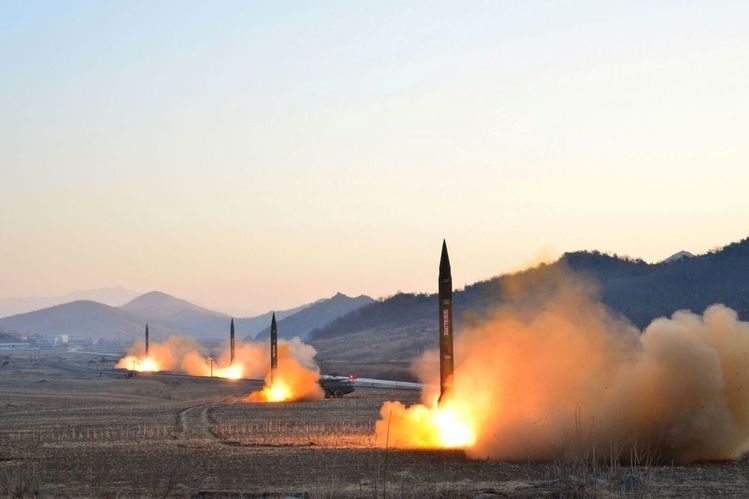 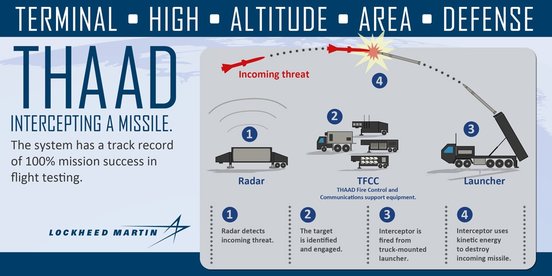 PYONGYANG, NORTH KOREA - Kim Jong Un, supreme leader of the Democratic People’s Republic of Korea, supervised a test launch of four ballistic missiles that were fired into the Sea of Japan on March 6. The fifth missile failed to launch. The exact reasons of the launch are unknown, but North Korea most likely conducted these tests to counteract South Korea and the United States’ military exercises.

At 7:36 local time, four missiles were shot through the air from Tongchang-ri in North Korea about 620 miles into the Sea of Japan. The exact type of missile is unknown, but Noh Jae-chon, a South Korean spokesman, claims that the missile type is most probably to be an intercontinental ballistic missile similar to the ones that North Korea has previously boasted about.


Returning to the theory as to why North Korea launched the missile, THAAD (anti-missile Terminal High Altitude Area Defense) is a system designed by South Korea and the United States. As shown in the diagram above, the system is made to shoot down an incoming missile. South Korea and the United States also perform military exercises together annually in case of an attack from North Korea.

Although THAAD benefits both South Korea and the United States, China claims that it is designed to undermine the Chinese military as a “strategic plot.” China and North Korea used to be strong allies, but as a result of the launches, the relationship between China and North Korea is beginning to thaw. China, the number one ally of North Korea, is affected directly by the missile launches from North Korea. They are frustrated because they believe that the launches “keeps the US military at the gate.” In fact, China has already stopped all coal imports to North Korea until the end of 2017.

China isn't the only one agitated about these launches. Japanese Prime Minister, Shinzo Abe, says, “The latest launches of ballistic missiles clearly demonstrate evidence of a new threat from North Korea. The launches are clearly in violation of [UN] security council resolutions. It is an extremely dangerous action.” President Donald Trump also says that South Korea should be reintroduced to nuclear weapons to defend themselves against North Korea.