The Dairy Dispute: Wisconsin Dairy Farmers at a Loss 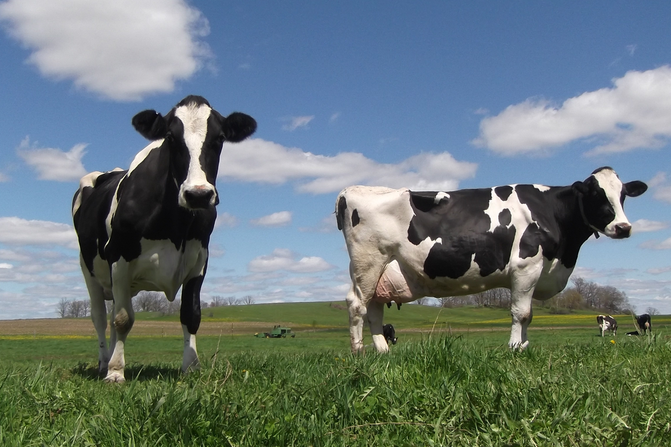 
About a year ago, Canadian dairy producers and farmers wanted to spend less on milk; most milk was imported from the U.S. in a tariff. Canadian regulators were persuaded to make a class of industrial milk at a lower cost as bait to get Canadian dairies to use Canadian milk to make protein substances.


After a while, Canada started to import less and less dairy products from the U.S., causing Grassland Dairy Products of Greenwood to lose money. As a result of this, Grassland Dairy plans to stop buying milk from certain dairy farms in Wisconsin. Earlier this month, around 25-58 farms received a message - that Grassland would cease to buy milk from them starting May 1st.


Tim Prosser, owner of a dairy farm in Columbus was not affected by this change but understands the situation from a farmer’s point of view. “The impacted farms in Wisconsin ranged in size from 12 cows to 3,200 cows,” he told Twin Cities, “Many have said they’ll have no choice but to sell their cows and shut down if they don’t find new buyers for their milk”


Dairy plants also face farmers urging them to purchase milk from five farms in addition to their current providers to solve the problem temporarily.


Bill Mullins, vice president of Mullins Cheese and self-proclaimed largest dairy producer in Wisconsin, owns several milk plants and produces around 837 thousand gallons of milk a day. Mullins was able to create ties with eight farms that were affected by the Grassland dairy dispute but had to turn down several in the process. “My field staff looked at them and said, ‘My gosh, these are great, wonderfully kept farms’… I had an opportunity to help a few of them.”


This news may have have gotten President Trump’s attention. On Monday, the Trump administration announced that they have plans for a tariff on the majority of Canadian lumber, ranging from 3% to 24%.


The National Association of Home Builders estimates that the tariff would increase the cost of lumber imported by an average of 6%, and by way of the CEO of the group, Jerry Howard, increase the cost of construction by roughly $3,000 that eventually gets funneled to the consumer.


The day after the administration announced the tariff, Trump tweeted: “Canada has made business for our dairy farmers in Wisconsin and other border states very difficult. We will not stand for this. Watch!”


To some, this is not new. Many dairy farmers have been struggling to find buyers for their product for a while. George Crave, President of Crave Brothers Farmstead Cheese of Waterloo (independent from milk providers), feels this is just part of the program. “We have friends in Ireland and Europe in the same situation,” he told the Milwaukee Journal Sentinel, “There’s just too much milk in the world”.