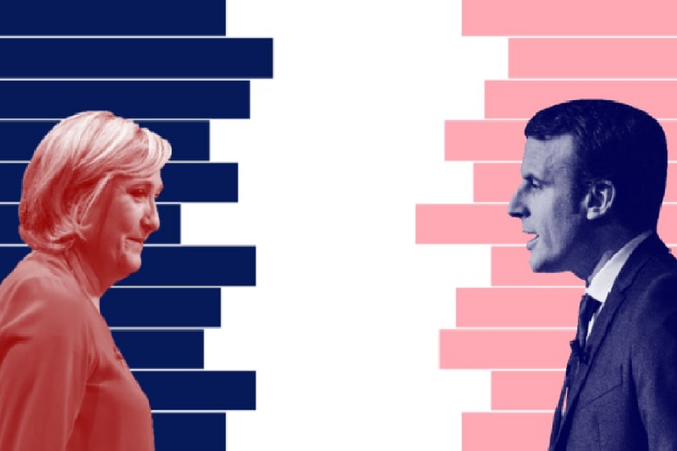 FRANCE - As many people know, or should know, the country of France is currently electing a president. Now, to most Americans, the foreign names, elections, and maybe the whole government is probably confusing. This will (hopefully) give you a better understanding of this whole process.

First, you need to know what the election is like. There is two rounds to the election. Essentially, round one is kind of like the American primaries, except all the candidates face off against each other. There aren’t two main parties like America has, there are multiple. Macron - one of the candidates advancing to round two - is part of En March!, while Le Pen - the other candidate advancing - is part of National Front.


The two candidates that receive the majority of the votes advance to round two, where they go head to head. It's simple, the person who gets majority vote is the next president. No electoral college or anything like that, *sigh*. It's really straightforward.

Next, you really need to know who the frontrunners are. The two candidates that are advancing to the second round are Macron and Le Pen.

First Macron. He came out on top in round one, securing 24% of the vote. He is probably the most neutral candidate, he is slightly liberal economically and left socially. As of right now, he is currently leading in the round two polls - 62% to Le Pen’s 38%.

His main promises are to remake the “failed” French political system, and do other things such as relax labour laws, reform the unemployment system, encourage social mobility, shrink the public sector, and enforcing more policies with that line of thinking.

One feature that his critics say that he is lacking is experience, he has never held an elected office. While he was a senior advisor to the president in 2012 and was the economic minister until 2016, that isn't exactly the same as having to listen to the people's voice in one ear and your own advisors in the other.

Next we have Le Pen. She is probably best compared to Donald Trump except a little bit more left economically. Her campaign promise is “France First”. She brought over 21.3% of the vote, having roughly one million less votes than Macron.

As I referred to earlier, she is all about France first. She considers herself the candidate of the people and to amplify that, she resigned from her position as the president of the National Front.

Her main promises is that she wants to decrease the amount of immigrants by around 10,000 a year, hire 15,000 more police, put extra tax on foreign workers, prioritize French nationals for jobs, welfare, and housing. She also has a variety of policies specifically benefiting the French.

People who are opposed to her say that she is a racist, and that she is selfish towards France. They cite her “French first” campaign promise, and the fact that she wants to decrease the amount of immigrants in the country drastically.

While Macron is leading in the polls, Le Pen claims to be the “people's candidate” and hopes to pull off a political upset. Until May 7, when round two starts, no one can really know who is going to win.