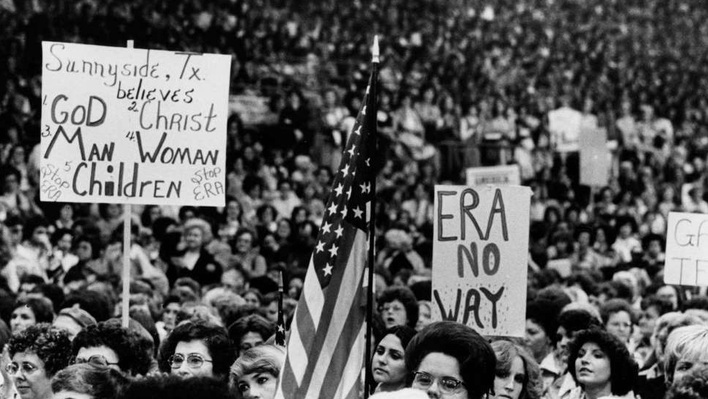 The First Showing of women standing up for themselves was in 1977, when the government decides to try to be more inclusive for women.

Just like a stampede of buffalo, women rushed into the first ever government funded women conference of its kind.

Women started out with asking simply for justice to every women, respect, and equal rights.

But as time progressed, according to a USA today article, women got more specific and started asking for more, including things such as equal rights amendment, affordable child care, equal pay, governmental funds for women who didn't have enough money for an abortion, and to stop deporting mothers away from their american-born child.

The Person Influencing Some Negative Behavior Toward Feminists

According to a New York Times article, someone who is and has been influencing negative behavior toward feminists -- or just women in general - is the President of the United States, Donald Trump.
​
For example, an article by The Telegraph stated that one thing trump has said about Megyn Kelly - a female reporter - would be, “You could see there was blood coming out of her eyes. Blood coming out of her wherever."
Although women are getting upset about statements like this, they aren't fighting against one person. They are fighting for equal rights.
Feminists see that there really isn't one person in specific who is against feminists, but there are many people influencing the overall perspective. It's like how there's not one person ending world hunger, there are several people trying to make it happen.

Why Women are Upset in the Present Day, and How They are Sticking Up for Their Rights

One issue that is happening in the present day is the Wage Gap between men and women. The first definition that comes up when you search in google is, “...the relative difference in the average gross hourly earnings of women and men within the economy as a whole.” Information from a USA Today article states that for every dollar a men makes a white woman makes 80 cents.

The wage gap doesn’t just stop there. If you are an African-American women, you make 63 cents compared to a man's dollar. If you're a Latino woman you make 54 cents to a man’s dollar.
To some women this gap between pay seems like a gap as large as the Grand Canyon.