Why Does a NCAA Tournament Upset Happen? 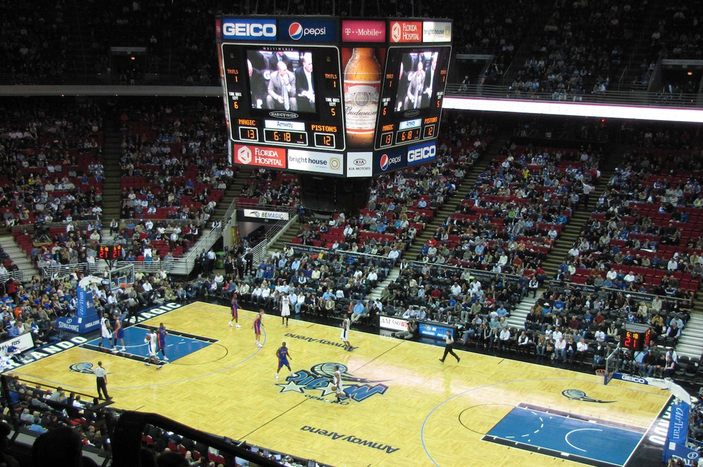 Phoenix, Arizona - Every year in the United States, there is a key college basketball event, March Madness. Everyone gets hyped up for it and fans have brackets that they all fill out, trying to predict the winner of the tournament. But every year there is at least one bracket buster - when a team that was supposed to have no chance at winning, wins. As a result, there is one big mystery that everyone is trying to solve: what made them win?

What is March Madness?

March Madness is, essentially, the championship tournament of NCAA basketball. There is a large NCAA committee that decides the top 64 teams in Division 1 NCAA. Those teams then get seeded in order from 1 through 16.

Your seed is how good you are supposed to be, and there is four of each seeds because there are four “sections” to the bracket. If you are a one seed, you’re supposed to be the best and if you are sixteen seed, you are the worst in the field.

A team’s seed is decided by their performance throughout the season, if they go undefeated, then they probably would be an one seed. If they lose all of their games, they might not make the tournament at all.

When you get seeded you are put into one of the “sections” of the bracket. Then you go to the area that your team is scheduled to play, continuing through the bracket until you lose. If you lose you are out.

The big upsets happen when a really high seed beats a lower seed, for example, Middle Tennessee, a twelve seed, beat Minnesota, a five seed. That was a big deal because of the huge difference in seed. Now (hopefully) that you have gained an understanding of the tournament, read on.

One big key that most high profile favorites don’t have is experience, with the rise of one-and-done players it isn't the high profile schools who have the solid, experienced teams anymore, it's the smaller underdogs.

For example, the Wisconsin Badgers (8) beat the Villanova Wildcats (1) in the second round,  but four of their starters were seniors who had reached the Sweet Sixteen the year before and had been part of the Final Four squad who reached the national championship game.

Villanova also boasts an experienced team, they won the National Championship the year before, but only had two seniors starting.

Another team who had a “surprising” upset is Middle Tennessee (12) defeating Minnesota (5) in a first round upset.

Middle Tennessee took part in the famous 2-15 upset against Michigan St. a year ago. Returning from that team was senior Giddy Potts who had a big part in defeating Minnesota by scoring 15 points and grabbing 8 rebounds.

Other notable teams with experience, even if they are favorites, are teams like North Carolina (1) , who won the National Championship against a team who brings me to my next point, Gonzaga (1).

Gonzaga, according to ESPN, is ranked first in adjusted defensive efficiency, which helped pilot their way to the National Championship Game.

Gonzaga also ranks ninth in points allowed per game with 61.5. In the loss against North Carolina they held one of the best offensive attacks in the country to only 71 points. Gonzaga couldn't get past North Carolina’s defense when they held them to only 65 points.

An underdog team that has a suffocating defense is South Carolina (7) who used that as their main tool to reach the school’s first Final Four in school history. On their journey they defeated many big names such as Duke (2) and Florida (4).

South Carolina’s most surprising upset was against Duke who was one of the favorites to win it all.

They held Duke in check by only letting them score their average points per game, 81, and succeeding against Duke’s defense to score 65 second half points. Important stops at the end of the game also fueled their big win.

Coming back to my example for experience, the Wisconsin vs. Villanova game had defense play a big part in the Wisconsin win when Wisconsin held the high powered offense to only 41% shooting from the field. They average 49%.

Returning to Wisconsin again, defense can't be the only thing that you rely on. Gonzaga realized that you need some offense as well.

For Wisconsin it came from two of its seniors when Hayes scored 19 points and Koenig scored 17. But offense can’t always be predictable, and it can come from a variety of players. An extrusive example of that was the Rhode Island game.

In the Rhode Island (11) game Jeff Dowtin stepped up big time, and if you'd don't recognize the name, you shouldn't, he averaged 4.9 points per game for the season.

He was the main driver of the Rhode Island offense when he dropped 23 against Creighton (6). Just to show how exemplary that is, he had scored 20 points in the last seven games of the season combined.

That's an extreme example, most teams get the majority of their scoring from their star players and that happened in most games in the tournament.

Going to Wisconsin when they beat the one seed Villanova again, the two seniors were on when Nigel Hayes scored 19, and Koenig 17. But, maybe that game wasn't as much of an upset as it looks on paper. That connects directly to my next point, misseeding.

When a team is seeded, sometimes problems occur for a variety of reasons, maybe they aren't well known, or just aren't perceived as good as they actually are.

This is actually really common, when the committee misdeeds a team because of something like a drought in the middle of the season, even if they had beaten powerhouse teams at the end.

A paradigm of that was ( again ) the Wisconsin vs. Villanova game. Wisconsin had been placed at an eight seed even though they had reached the Big Ten title game against Michigan, who is another example of misseeding, they were a seven seed and upset Louisville the two seed, and had finished second in the Big Ten when they went 25-9 (12-6 in the Big Ten).

Compared to some teams that got a higher seed like Minnesota, who earned a five seed even though they finished fourth in the Big Ten and Wisconsin won both games by a large margin when they played.

Another team that probably deserved a higher seed was Rhode Island. They got stuck with an eleven seed, probably because a lot of their key players were injured during the majority of the season, causing them to drop a few games that they otherwise should have won.

They ended up at third in their conference when they finished with a 25-10 record (13-5 in the Atlantic 10) in an admittedly weak conference, the only other teams that
made the tournament were VCU and Dayton.

While the NCAA Men's Basketball Tournament can be one of the most unpredictable sports events, after all, it's called March Madness, next time there's a big upset maybe this can help you puzzle it out.